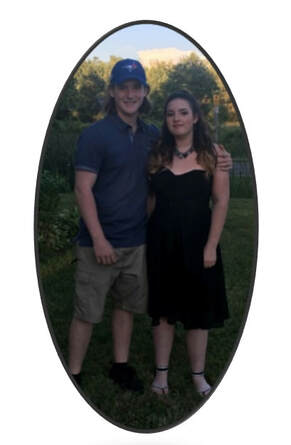 Dan & Ciara Garbutt, Damian and Estelle, Dunnville, Ontario
Damian and Estelle attended DCS from September of 2010 to June of 2012. This is a portion of the letter that Ciara Garbutt sent as a “Letter to the Editor” in June of 2011.
Terrific Year at New School
I would now like to take this opportunity to especially thank Dunnville Christian School (DCS), the staff, students and Board members for the warm welcome and awesome school year that both my children had had. Not only have we not had any issues whatsoever in regards to any type of bullying, but both children have improved academically. My daughter, who I though had dyslexia, is now reading and loving math. My son has been able to go to school without fear and has been able to participate in all kinds of extra curricular activities, like joining the school hockey team and Battle of the Books.
My recommendation to those concerned with upcoming school closure or issues like the ones we had with bullying, or your child not learning to their potential, is to consider DCS as an alternative.
DCS’s motto is Live, Learn, Love and the school truly follows this motto every day.

Meghan Korten
Class of 2002
I attended Dunnville Christian School from 1993 to 2002. I went to Smithville Christian High for high school and Brock University to graduate with a Bachelor of Arts (BA).
From there, I went to Memorial University of Newfoundland for a Master of Arts (MA) and am now working on my Doctor of Philosophy (Ph.D) in medieval history at the University of Iceland. Reykjavík, where the university is located, is a great city to live in! It is small, quirky, and has a mix of American and European culture. I love that I am always surrounded by fantastic mountainous scenery.
DCS was a great elementary school with awesome teachers that inspired my love of history and passion for travel and exploring new places! 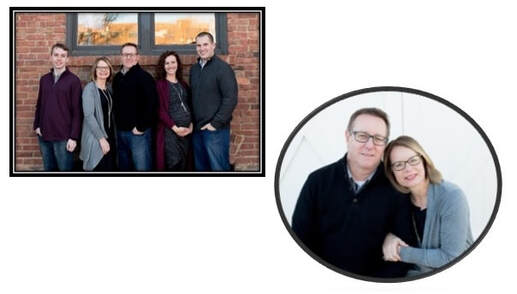 Sioux Centre, Iowa, United States
Joanne Langeraap (Tiersma)
Class of 1979
I attended Dunnville Christian School from 1971 -1979 and was part of the very first grade 1 class. We had classrooms in the addition at the back of the church (Bethel Christian Reformed Church). Grades 1-4 were in the same room. In grade 7, we moved to the new building where the school is now. I have many fond memories of the years I attended.
School was an extension of home and church and the parents who started the school used the verse from Proverbs 22:6, "Train up a child in the way he should go and when he is old he will not depart from it." I would say that was my take away after graduating, wherever life would take me.
After graduating DCS, I attended Dunnville Secondary High School and later worked at Shalom Manor for a couple years. During that time, I married a wonderful young man from Dunnville- John Langeraap. I retuned back to school to become a Registered Nurse at Mohawk College. After graduating, I worked at McMaster University Hospital, had a daughter in 1991 (Meagan), a son in 1993 (Alex), and moved to Sioux Center, Iowa in 1998. I was a stay-at-home mom for 6 months to help our family adjust to our new home and schools. I soon returned to my nursing career at Sioux Center Health while continuing my studies at Briar Cliff University for my BS in Nursing. I graduated from this program in 2003 and shortly after accepted the opportunity to develop a new department and manage it. I am currently still in this role as Nurse Manager of the Surgical Center at Sioux Center Health.
When I think back to my education at DCS, I am reminded of my grade 7 and 8 teacher, Mr. Huff, (who also was my high school advisor) quoting Colossians 3:23 to guide me. "Whatever you do, work at it with all your heart, as working for the Lord, not for men." 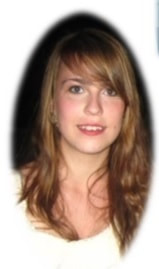 Stephanie Mulder
Caledonia, Ontario
Class of 2007·
·        I attended DCS from Kindergarten in 1998 to Grade 8 in 2007
·        I went to Smithville Christian High school
·        I acquired a Bachelor’s of Arts degree from Brock University and a post-graduate from Lambton College
·        My favourite memories of DCS are connected to the events with other students, such as class trips, Field trips, sports events, and dress up days, etc.
·        I currently volunteer with community events at my job. I have volunteered with a reading program at a local school during my university years.
·        DCS gave me a firm foundation in my faith and how it relates to my education and profession. Everything I learned was related back to my Christ-centered approach and I continued using that view in high school and into my post secondary education, and now in my career.
​​ 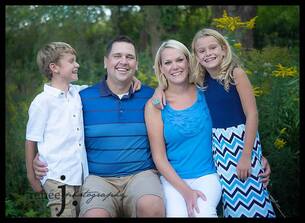 Kentwood, Michigan, United States
Christy Oosting (Wagter)
Class of 1991
I attended Dunnville Christian School from 1983-1991.  While I attended DCS, an addition of classrooms and the gymnasium were added.  I can remember that I was the only girl in the second grade and I was so thankful for the combined grades of 1/2 so that there were others girls in the classroom!!
After elementary school, I attended Smithville District Christian High School and I eventually ended up at Calvin College following the footsteps of my older siblings.  I graduated from Calvin College in 2000 with a bachelors degree in Criminal Justice and Psychology.  I also met my husband, Peter, at Calvin and we live in Kentwood, Michigan.
Most of my career has been working with children in the foster care system in Michigan.  Currently, I work for Samaritas, the largest private foster care agency in Michigan.  I am a foster home licensor and I work with families and individuals who are interested in becoming foster parents.  I enjoy my work very much!
Dunnville Christian School planted the foundation for my educational journey.  DCS provided me with teachers who gave me a solid academic education with a distinctive Christian perspective.  DCS made me understand and believe in the importance of a Christian education.  In fact, I like DCS so much that my children also attend a school named DCS.  My twins attend Dutton Christian School in Caledonia, Michigan.​